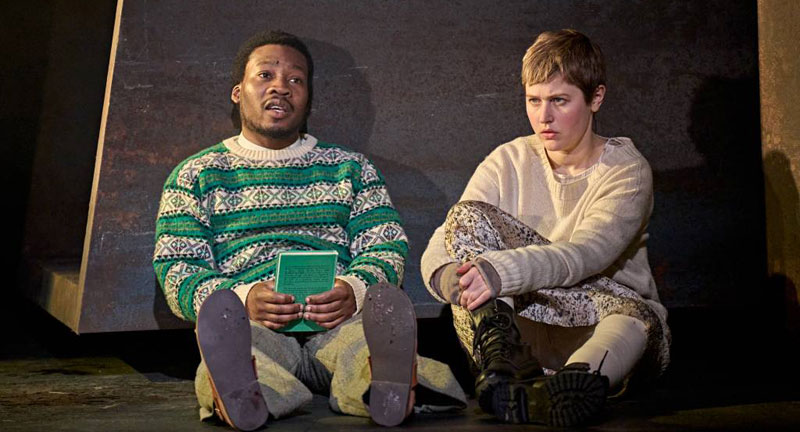 With his earlier plays such as Pomona, Brilliant Adventures and X, Alistair McDowall tapped into science fiction to tell stories not often seen on stage. For The Glow, he has gone down a similar route but this time drawing more on supernatural fantasy for a beguiling look at loneliness and immortality. He throws spiritualism, time travel, reincarnation and mythology into the mix to create a darkly entertaining tale that explores themes familiar to lovers of sci-fi and fantasy.

The play is an ingenious piece of myth-making, best appreciated by subsequently reading an explanatory essay by a Professor Helen Cullwick from the University of Irwell in the back of the programme/text. The fractured narrative opens in 1863 in a psychiatric “asylum” where Mrs Lyall, a “spiritualist medium”, has found a woman she believes will be a perfect conduit for communicating with the spirits. After taking her home, Mrs Lyall and her son, Mason, find out there is much more to this nameless woman than they realised.

Rakie Ayola and Fisayo Akinade are excellent playing several different characters – different but possibly linked – while Tadhg Murphy combines fierce brutality and gentleness as Haster. As the mysterious woman, Ria Zmitrowicz has an ethereal quality, switching between vulnerability and terrifying power. Like the narrative, the mostly bare stage shifts and changes, with Merle Hensel’s angular design complemented by shadow and lighting designed by Jessica Hung Han Yun and video projection by Tal Rosner. Directed by Vicky Featherstone, The Glow is taut and gripping, proving how the worlds of science fiction and fantasy are not just for books and the screen.

Running at the Royal Court Theatre in London to 5 March 2022.