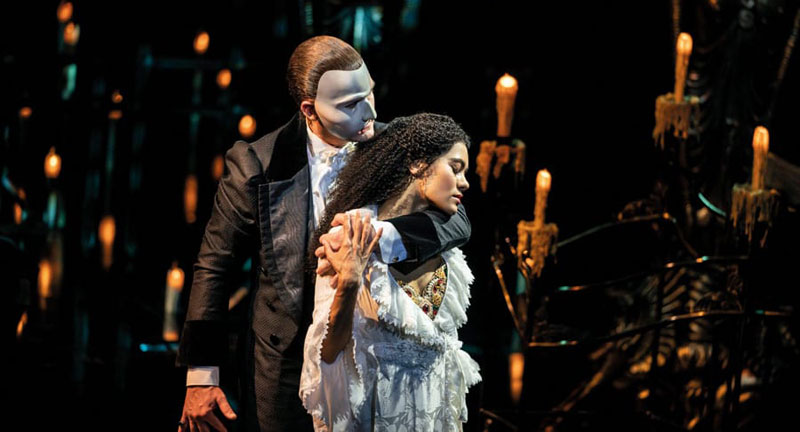 After 35 years, The Phantom of the Opera continues to pull in audiences at Her Majesty’s Theatre. After a Covid-19 hiatus, it is back at its original home albeit with a few changes. The orchestra has been halved to 14 and the set has been tweaked, with director Seth Sklar-Heyn building on the original direction by Harold Prince. Long-time fans have been sceptical but to an ordinary theatre-goer like myself, the show remains a gripping and exciting experience, full of spectacle and stirring tunes.

Lucy St Louis is the latest actor to play the part of Christine, a soprano who has been coached by a ghostly figure to become the star of the Paris opera house in the late 19th century. With a beautiful flawless voice, St Louis gives a mesmerising performance that establishes her as a new West End star. She is joined by an already established West End star, Killian Donnelly, who brings pathos and complexity to the role of the masked Phantom who terrorises the opera house in his obsession with Christine.

The stunning set design by Maria Björnson remains impressive, retaining wow factors such as the large shimmering chandelier. Andrew Bridge’s lighting design adds to the gothic excitement, from romantic engagements on the top of the opera house to perilous chases through its underground caverns. It is still one of Andrew Lloyd Webber’s best scores, with lyrics by Charles Hart and Richard Stilgoe, and, while some of the richness of the orchestrations may have been lost through shrinking the band, the music is as magnificent as ever, with compelling melodies that continue to haunt you long afterwards.