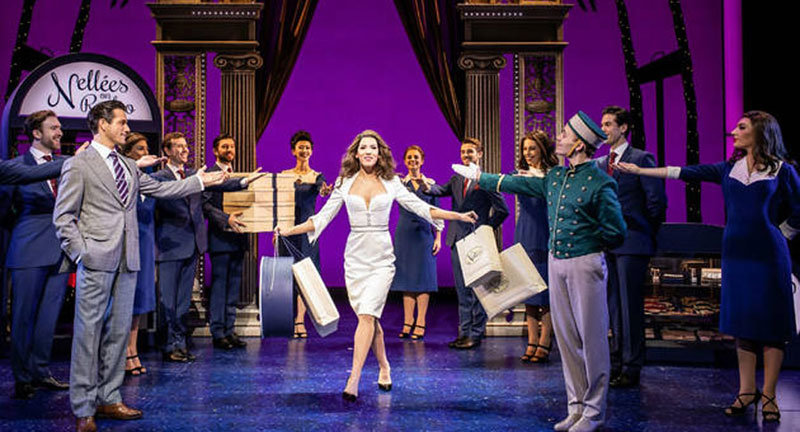 More than 30 years on, the story of Pretty Woman has not aged well: a billionaire buys the services of a sex worker, showers her with money and gifts and then saves her from the streets. But while the film’s celebration of materialism and capitalism may trouble some, it remains one of the most successful romantic comedies ever made, and it certainly doesn’t trouble the enthusiastic audiences at Pretty Woman The Musical.

Rockstar Bryan Adams and Jim Vallance have taken this much-loved urban fairytale, written by Garry Marshall and JF Lawton, and turned it into an enjoyable musical with a string of pleasant but largely forgettable songs. Aside from Roy Orbison’s classic title track, the soft rock-style songs are all original, with the best being power ballads such as “Anywhere But Here” and “I Can’t Go Back”.

All the best-loved moments from the 1990 film are there, from the snotty shop assistants on Rodeo Drive to the night at the opera. Aimee Atkinson makes the role of sex worker Vivian her own but at times she mimics some of the most memorable mannerisms of Julia Roberts in the movie. With Danny Mac as her billionaire admirer Edward, both leads give strong, engaging performances as part of a superb, flawless cast.

Rachael Wooding is impressive as Vivian’s friend, Kit, while Alex Charles stands out as the minor but hilariously endearing character of a bellboy who steals many a scene. Bob Harms is excellent in a new narrator-like role – an effective theatrical device that frames the story – while also playing a number of roles including the hotel manager who helps Vivian adjust to her new luxury lifestyle.

Directed by Jerry Mitchell (best known for Hairspray, Kinky Boots and Legally Blonde), the show is slick and pacy, with David Rockwell’s versatile set conjuring up key scenes from Hollywood Boulevard and Rodeo Drive to the penthouse suite at the luxury Beverly Wilshire hotel. Mitchell’s choreography is one of the highlights, bringing the stage to life in the ensemble scenes and often adding an extra playfulness. This inventive adaptation may not rank among the great musicals but it is a well-crafted, expertly made show that will especially appeal to fans of the movie.