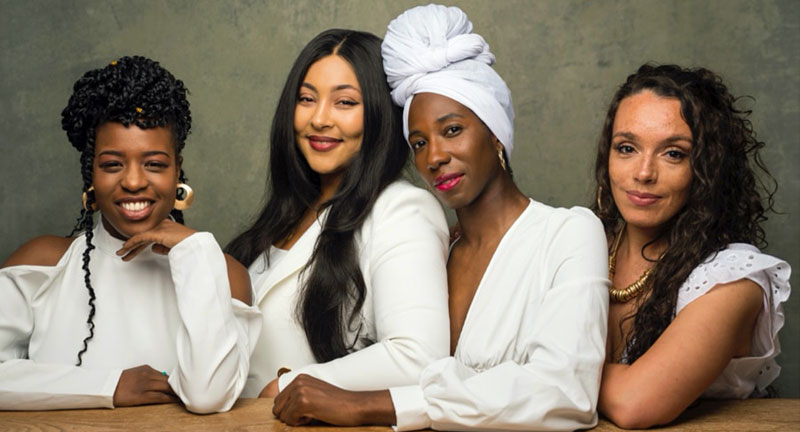 In August last year, actor Massey Bawden made a proposal on Twitter. “Listen,” she wrote. “I have an idea: an all-black, all-female, outdoor Shakespeare company.” The response was massive, including support from leading figures in the theatre industry, and 10 months later, she has joined forces with three other actresses – Gabrielle Brooks, Danielle Kassaraté and Jade Samuels – to launch Mawa Theatre Company. It may not be outdoors but it is the UK’s first all-black, all-female Shakespeare company.

The idea for Mawa had in fact been germinating since 2018 and draws on the four actresses’ experiences of the barriers that black women face in theatre, specifically Shakespeare. Its objective is to “address how black and black mixed-race women are represented in classical text and explore how Shakespeare translates to black audiences, producing content that focuses on themes within his works that correlate with the black community”. It challenges structural inequalities in the theatre sector, where, according to a study by The Stage, 92% of top theatre bosses are white, with men still dominating artistic director positions, accounting for 69% of posts in 2019.

Bawden, who is artistic director of Mawa, says: “After the collective grief and trauma felt by the black community in 2020 and in response to the resurgence of the Black Lives Matter movement, we recognised the need for drastic action in terms of how marginalised groups are represented on our screens and stages. Shakespeare is a staple of British art and continues to be a political voice so it must be continually reimagined and reinvented. We believe it is vital for our audiences to see themselves represented as multi-faceted human beings and not be bound by conformity and the long-standing exclusionary perception of Shakespeare.“

The creation of Mawa – whose name means “tomorrow” in Chichewa, a Bantu language spoken in Malawi, Zambia and Mozambique – builds on the progress made by the likes of Tara Theatre, Tamasha Theatre Company and Talawa Theatre Company and the success of all-female and all-black productions of Shakespeare in the UK. Phyllida Lloyd has directed acclaimed productions of Julius Caesar, Henry IV and The Tempest with entirely female casts, starting out at London’s Donmar Warehouse and transferring to New York City. All-black productions include the Royal Shakespeare Company’s Julius Caesar in 2012 which toured internationally, while London’s Globe Theatre staged a pioneering production of Richard II with an all-black, all-female cast in 2019. All-female and all-black Shakespeare productions remain a rarity in the UK, while an all-female, all-black cast is even rarer. Any critics of these approaches to casting need only be reminded that Shakespeare’s plays were originally performed by all-male, all-white casts, including white boys playing black female characters such as Cleopatra.

In a blog post on Mawa’s website, Brooks sets out the barriers that black female actors face. “It’s no secret that black and black mixed-race women are still not cast as often as white performers in classical text. It highlights a continuing erasure of Blackness from traditionally white-led art forms and ultimately an erasure of Blackness from British art. In addition to this, when black female artists are cast in classical texts they are often still made to lean into stereotypes: placed as an aggressor, strong woman, court jester (the entertainment), or a maid. This demonstrates not only the bias of those casting them but the level of comfort white audiences have in seeing black women ‘break the mould’. But what about a world where black female artists could be all of these things and more? Not just presenting our struggle but our triumph alongside it. Not led by the white perception of our existence but accentuating our depth and intricacies. The arts, and especially the theatre, remain a tool for cultural change but without reflecting communities of the global majority how could we truly be impactful in creating art for all?”

Mawa has won backing from Arts Council England, Mountview Academy of Theatre Arts, Arts Educational Schools and theatres around the UK including the Young Vic, Arcola Theatre and the Queen’s Theatre Hornchurch in London, Chichester Festival Theatre, Citizens Theatre in Glasgow, the Mercury Theatre in Colchester and Royal & Derngate in Northampton. They are also supported by film-maker, writer and actor Amma Asante and actor Sharon D Clarke.

Clarke, whose past Shakespeare roles include the Nurse in Romeo & Juliet at the Rose Theatre in Kingston upon Thames in 2015, has been appointed as Mawa’s ambassador. “We have waited a long time for a company like this and I’m excited to see them produce some ground-breaking, thought-provoking, innovative work,” she says. “The industry desperately needs more black-led female companies and I cannot wait to see Mawa break and slay new ground.”

Asante, whose films include Belle, says: “This is such an inspiring initiative, and one that reminds us, once again, that the Shakespearean works belong to all. I can’t wait to see what the women of Mawa will bring to the plays and sonnets, and I’m excited for the performances that will emerge through their creativity and their gaze. There are a million different ways to relate to these timeless works. So it’s brilliant that Mawa has been formed to allow us one more avenue that I know will add a unique take on the compelling characters and narratives we’ve all grown to love, placing Mawa’s inspirational stamp on the Shakespearean brand.”

Mawa’s first project will be a series of short videos of Shakespeare content that will be available to stream for free, making Shakespeare more accessible to the masses. This initial project will launch at the end of August and will see Mawa bring together some of theatre’s most prominent black talent featuring a collaboration with Talawa Theatre Company and producing content pertaining to the black, British, female experience. It is also making resources available on its website, ranging from recommended reading to podcasts. The longer-term plan is to put on live performances round the country. “Mawa will uplift and amplify the voices of black and black mixed-race women to create a new era of classical theatre and inspire future theatre makers,” Bawden says.

Find out more at mawatheatrecompany.com.