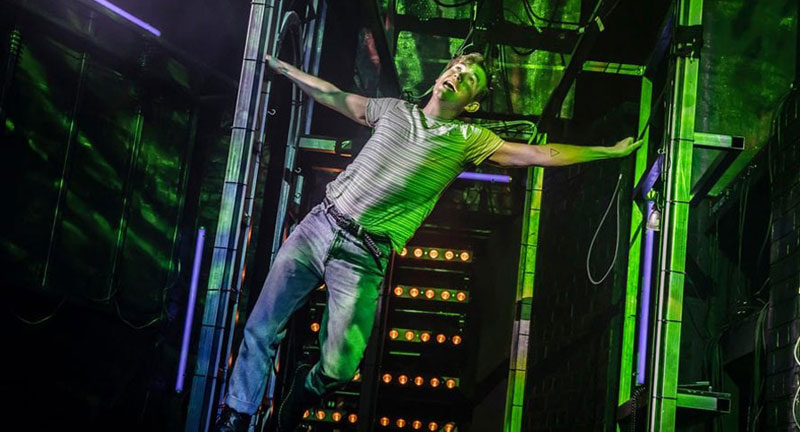 The shabby glamour and unbridled hedonism of Soho in the 1980s is brought to life in Jack Holden’s new play, Cruise. From long-gone hotspots like the Colony Room Club and Brief Encounter to the Admiral Duncan, Heaven and the Royal Vauxhall Tavern, he takes us on a dazzling trip through London’s gay scene before the days of apps and online dating, when a new generation of gay men were enjoying freedoms that had been impossible before the partial decriminalisation of homosexuality in 1967. However, this is also the decade when HIV and Aids came onto the scene, devastating London’s gay community.

Performing his own play, Holden is imagining a past that some young gay men of his age know little or nothing about. At the heart of it is the story of Michael who arrives in London from Kent in 1980 and throws himself into Soho life with all its sexual possibilities and pleasures. Diagnosed with HIV in 1984 and given four years to live, he spends his “last day on earth” in 1988 re-visiting all his old haunts and remembering those who have died. But it is framed by the narrator, Jack, a young man in the present day learning about the past through his work on LGBT+ Switchboard. At 22, he is dismissive of “old” men in their 50s but comes to realise their stories are part of his own heritage.

The storytelling is vivid and evocative, with Holden’s language regularly shifting into a kind of beat poetry, with a dynamism that is amplified by Nik Corrall’s set and Jai Mojaria’s lighting design. The masterfully agile sound design is the work of Max Pappenheim and composer John Elliott who joins Holden on stage to play and mix music live, creating a soundtrack that at times aches with longing and desire.

Despite the horror of Aids, Cruise is infused with a sense of hope. It captures the joy of how Soho allows Michael to finally be himself, a place where there’s “always a new door to walk through” – something that, despite many changes, remains true for London’s LGBT+ scene today. It is also a story of survival that resonates beyond the 1980s, recognising that sometimes, when the journey becomes tough, all that can get you through is “every day another step”.