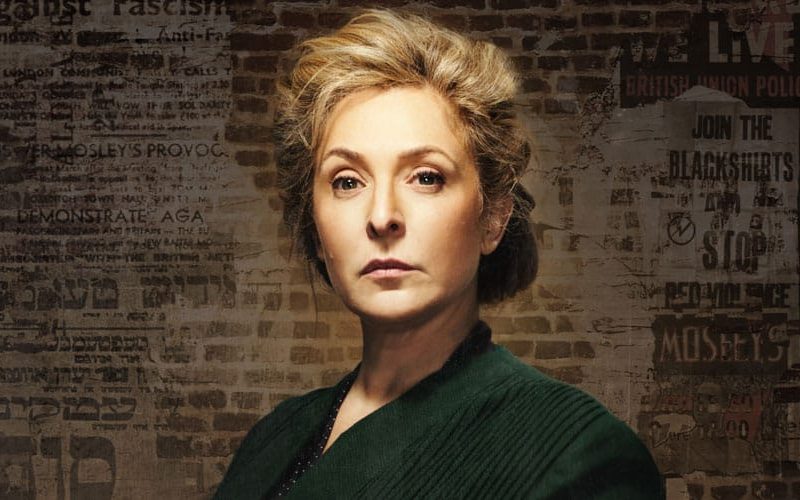 Tracy-Ann Oberman has always hated Shakespeare’s The Merchant of Venice. Since studying the play at school, she has been troubled by the extreme antisemitism of the characters in their language and behaviour towards the Jewish money-lender, Shylock. “I was deeply uncomfortable when everybody was laughing about, ‘My ducats, my daughter’, and going around doing impressions of Shylock rubbing his hands together,” she recalls, “and then laughing at the end as the old man had his beard shaved off and was dragged out having lost everything.”

Despite her antipathy, Oberman has decided to take on this problematic play and find a new way to approach its antisemitism – with herself as Shylock. She has teamed up with director Brigid Larmour on a concept that sees Shylock become a working-class matriarch in London’s East End in the 1930s when Oswald Mosley’s British Union of Fascists was mirroring what was happening in Nazi Germany by attacking Jewish people. “I wanted to see what would happen if you took a strong female angry woman struggling as a survivor who has this one daughter, Jessica, who she wants to give a better life to as she is struggling against 1930s antisemitism.”

The production will open at Nuffield Southampton Theatres in September before going to Liverpool Playhouse, Watford Palace Theatre, Leeds Playhouse and finally Rose Theatre in Kingston upon Thames in south London in November. The tour will tie in with the anniversary of the Battle of Cable Street when, on 4 October 1936, the working-class communities of east London came together to drive away a protest march by Mosley’s fascist blackshirts. An estimated 20,000 people fought them off, using chair legs, rotten vegetables and other improvised weapons – and among them was Oberman’s own family. “The stories that I grew up with were of the strong matriarchs who stood on the front line with their daughters and their sons and turned over lorries and threw marbles from windows,” she says.

Her great-grandmother Annie had escaped the Russian pogroms in Belarus to settle in the Cable Street area with her husband Isaac, going on to run the family’s clothing business “with an iron fist”. There were two great-aunts, “Machine Gun” Molly, who also ran the business and Sarah Portugal “who wore a slash of red lipstick and smoked a pipe”. These “very strong matriarchal figures” have inspired Oberman throughout her life and now in her portrayal of a female Shylock.

Her family were also life-long socialists, Oberman points out. “They were a huge part of the formation of the trades union movement and the Labour Party.” This has fuelled her anger at the party’s failure to tackle antisemitism within its own ranks, leading to her being the target of vicious, hate-filled abuse on Twitter alongside others such as Rachel Riley. “My upset was that this was my party, it was my heritage, it was my history, it was my family.” She notes that the vitriol was also highly misogynistic, mainly targeted at women. However, her experiences have served to make her stronger in her activism and, with a broader rise in antisemitism in Brexit Britain, her new take on The Merchant of Venice is more timely than ever. “That play has really resonated with me as an activist over the last few years because I found myself on the front line, particularly on social media, of speaking out against a growing wave of antisemitism and anti-Jewish statements.”

Originally published on 12 March 2020 on BritishTheatre.com.