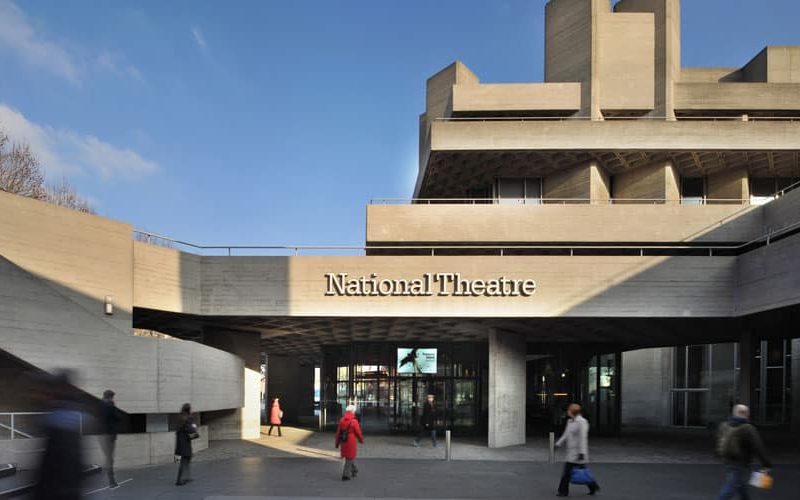 Mark Ludmon reports from today’s announcement of the National Theatre’s new productions for 2020 and 2021.

The National Theatre has today unveiled an exciting line-up of new productions running into 2021 that are helping its programme to hit diversity targets. It has also revealed plans to make more lower-price tickets available.

The new productions include an adaptation of Rachel Cusk’s Outline trilogy of books under director Katie Mitchell in repertoire in the Lyttelton from October. Titled Outline. Transit. Kudos. and adapted by playwright Alice Birch, it tells the stories of the friends and strangers encountered by a British writer on her travels.

Bush Theatre’s artistic director Lynette Linton makes her National Theatre debut with a new production of Pearl Cleage’s play Blues For an Alabama Sky, set in 1930 during the Harlem Renaissance – the wave of artistic work and social development in Manhattan’s predominantly African-American neighbourhood. Running in the Lyttelton from February 2021, it has a cast including Giles Terera.

The Dorfman Theatre will stage the world premiere of April de Angelis’s new play Kerry Jackson, a comedy set in Hackney in London against the backdrop of gentrification. Directed by Kiln Theatre’s artistic director Indhu Rubasingham, it will run from November 2020.

From January 2021, the National Theatre will premiere an adaptation of Hirokazu Kore-eda’s film After Life written by Jack Thorne in collaboration with director Jeremy Herrin and designer Bunny Christie. Co-produced with theatre company Headlong, it takes place somewhere between life and death where people must pick one memory that they will live in for eternity.

Kristin Scott Thomas will make her National Theatre debut in a new adaptation of Phaedra based on versions of the drama by Euripides, Seneca and Racine. Updating the story to a British politician, it will be directed by Simon Stone and also star Assaad Bouab and run in the Lyttelton from December 2020.

Standing at the Sky’s Edge is transferring to the National Theatre after its success at Sheffield’s Crucible Theatre. Written by Chris Bush with songs by singer-songwriter Richard Hawley, it will run in the Olivier from January 2021. Helmed by Sheffield Theatres’ artistic director Robert Hastie, it tells the story of three families living in Sheffield’s “concrete utopia” of Park Hill. The co-production between Sheffield Theatres, the National and Various Productions will also return to the Crucible this autumn.

Roy Williams’s play Sing Yer Heart Out For the Lads, exploring what it means to be black, white and English through the stories of a group of football fans, will run in the Dorfman Theatre from September 2020 after a sell-out run last year at Chichester Festival Theatre. It is directed by Nicole Charles, making her National Theatre directing debut after acting in Roy Williams’s Baby Girl in the former Cottesloe space 12 years ago.

The National Theatre also announced today that it is bringing back its hugely successful adaptation of Andrea Levy’s novel Small Island about the Windrush generation, running in the Olivier from late October 2020.

Another hit, The Ocean at the End of the Lane, based on the novel by Neil Gaiman, is transferring to the Duke of York’s Theatre in the West End from 31 October 2020.

David Eldridge’s 2017 play, Beginning, will also have new life through a UK tour, again directed by Polly Findlay. It is in association with Queen’s Theatre Hornchurch in east London, where the tour will begin in September 2020.

More details have been announced about the tour of Emma Rice’s adaptation of Emily Brontë’s Wuthering Heights which opens in September 2020 in the Lyttelton in association with theatre company Wise Children and York Theatre Royal. The show will visit not only York but also Canterbury in Kent, Bristol and the Lowry in Salford, with more venues to be announced.

The National also announced today that it will be offering more tickets at more affordable prices, extended to all productions rather than only selected ones. Starting with shows going on sale later this month, it will offer 250,000 tickets across the year at £20 or less, increasing the quantity of lower-price tickets available at the South Bank theatre by 25%. There will be 50,000 £10 tickets available to everyone through Friday Rush and to people aged under 26. State schools will be able to buy tickets for £10 per student.

Announcing the new programme with executive director Lisa Burger, artistic director Rufus Norris confirmed that the new productions will help to achieve the National Theatre’s targets for reflecting Britain’s diversity by 2021. “The change in representation across the theatre now has seen some significant percentage increases over the past few years, confirming absolutely the creative case for artistic diversity.”

Aiming for diversity in areas such as race, disability and socio-economic background, targets included an equal gender divide for the directors, actors and living writers on the National’s stages. “Putting those targets in place has focused the whole organisation on those aims,” Norris added. “There’s more work to do of course, and it’s essential that we continue to work to represent the nation.”

However, he said there was still a challenge ahead for the “really, really key” need for increasing opportunities for artists from working-class backgrounds. “It’s a spectacularly hard one to measure and I would say that increasingly people don’t want to be defined in the ways that they may have been before so it needs a more sophisticated approach.”

Originally published on 19 February 2020 on BritishTheatre.com.