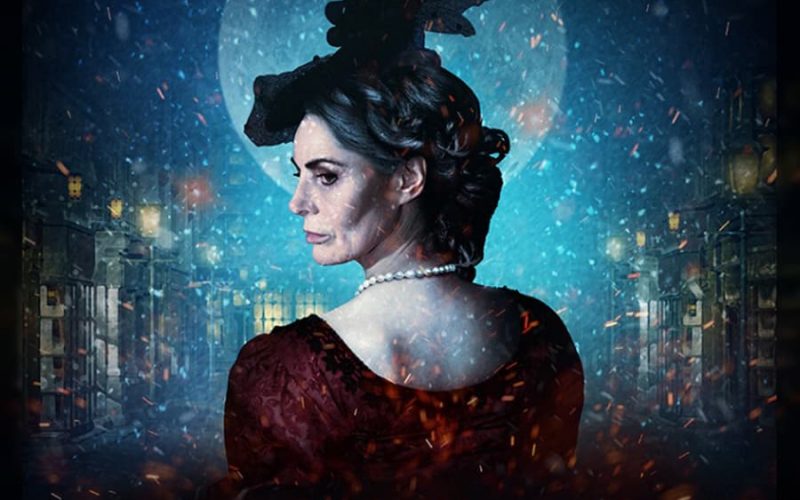 Charles Dickens’s A Christmas Carol was such a hit when it was published in 1843 that, within three months, there were eight different versions playing at London’s theatres. Over the following 176 years, his novella and the miserly Ebenezer Scrooge have gained iconic status, and this festive season sees the story on stages across the UK (as well as a new TV version starring Guy Pearce). From a female Scrooge to puppetry and musicals, all kinds of adaptations seek to capture the story’s spirit of Christmas past while keeping it fresh for Christmases present and yet to come.

Times may have changed but Scrooge remains the archetype of a money-hungry businessman who ignores the poor and destitute around him. This is one reason that writer and director Stephanie Street was drawn to stage “Christmas Carol – A Fairy Tale” at Wilton’s Music Hall in London (from 29 November to 4 January). “For me as a theatre-maker, the fundamental question to respond to, especially when re-staging old stories, is why this story, now?” she says. “I wanted to take this on because of how much A Christmas Carol is a story about the world we live in today: we’re seeing the wealth gap and levels of child poverty in this country increase at such an alarming rate that it’s hard to imagine how we’ll ever recover.”

At the same time, the story suggests that even the bitterest miser can re-discover love and compassion – an inspiring and uplifting message. “That’s where theatre can do what not much else can: bring about change through a shared, collective experience,” Street adds. “Crucially, A Christmas Carol is also a story of redemption and right now I really feel we need to be hopeful and optimistic in the stories we tell.”

To refresh the story, there is one big difference in the Wilton’s production: the lead role is played by Sally Dexter. In this version by Piers Torday, Ebenezer died young and was survived by his sister, Fan, who went on to marry mean-spirited moneylender Jacob Marley – Scrooge’s business partner in the original story. “In 1843, a married woman, and all she owned, were her husband’s property,” Street explains. “Meeting her, then, at the point of Marley’s death would mean so much more than just her inheriting Marley’s business – it would mean her reclaiming her name, her dowry, her autonomy. That seemed a helpful backstory for the avarice of Scrooge.”

Fan’s story also resonates with the ongoing struggle for equality today. “Women continue to be significantly constrained by patriarchal structures, some of which touch our most fundamental rights,” Street adds. “Across the world we see governments rolling back women’s abortion rights; gender pay disparities are ubiquitous and substantial; women continue to be hypersexualised and commodified in the mainstream media. So we discovered that our female Scrooge, very much a human being of the 19th century, was a beacon for women today, and might offer up to us a stirring figure for change.”

Dexter’s debut as Scrooge follows on the heels of what is believed the first woman to play Scrooge on the UK stage. Rachel Izen plays the male role in a classic re-telling of the story at Bridge House Theatre in Penge in London (from 25 November to 22 December). However, her casting is less about gender and more about finding someone who is perfect for the part. Guy Retallack, who adapted and directed this production, points out: “Men have played women’s roles for centuries in Shakespeare, and in 2019 it seems time that someone of Rachel Izen’s talent should bring Ebenezer Scrooge to vivid life. At Bridge House we have always believed in casting the strongest performers in our productions and I have known Rachel and her work for many years. Rachel is an actor of remarkable depth and experience and we felt she would be outstanding in the iconic role of Scrooge.”

John O’Connor conjures up the spirit of Dickens himself in European Arts Company’s touring one-man performance of A Christmas Carol. It uses the novelist’s own script from when he read an abridged version of the novella in front of audiences of up to 3,000 people more than 150 years ago. Playing over 20 characters, O’Connor tells the story as if sat by a roaring fire in a cosy study, plus lighting and sound effects not available to Dickens, in a tour that goes to 15 venues around England from 27 November to 23 December 2019.

After the previous tour in 2018, O’Connor believes Scrooge’s tale remains popular as it is “the touchstone of Christmas”, especially as Dickens was instrumental in pulling together the different elements that make up today’s image of the festive season, from joyful family feasts to compassion for the less well-off. “Quite often, the feedback is that people come to see the show because they want to feel Christmassy, to get in touch with something fundamental about Christmas,” he says.

O’Connor believes that the story remains particularly relevant as Britain faces the fall-out from nearly 10 years of austerity, from rising child poverty to increasing need for food banks. “A Christmas Carol was a deeply political work when it was published and we shouldn’t shy away from it being a deeply political work in 2019. Like any great work of art, it is endlessly adaptable and applicable.”

For the new version of A Christmas Carol at Barn Theatre in Cirencester, writer Alan Pollock has expanded on Scrooge’s background to find out what created the mean-spirited man we meet at the start of the story. With Patrick Ryecart playing the lead role, the production also features new music and lyrics by up-and-coming composer and musician Finn Anderson, running from 28 November to 11 January 2019. Pollock points out how A Christmas Carol established the popularity of midwinter ghost stories. “Everyone likes to be a little bit scared at Christmas. As well as – arguably – inventing the modern idea of Christmas, Dickens also started the tradition of the Christmas ghost story. Ghosts who in this case remind us that ‘we are all fellow travellers toward the grave’.”

Pollock believes that the ubiquity of the story on the UK’s stages reflects an increasing relevance to our own times. “For a long time, it seemed that Jane Austen was the novelist that spoke most clearly to contemporary audiences. Suddenly Dickens is coming sharply into focus again, because his world of fate, destiny, riches and poverty seems scarily close to our own.”

Despite its darker themes, A Christmas Carol remains a story that suits productions for all the family. Theatre Space North East has returned with its version using larger-than-life puppets and atmospheric live music, touring “found spaces” around the north of England from 5 to 23 December. “We think the story has become part of family traditions,” says its producer Corinne Kilvington. “It reminds people of the joy of the season, and why we come together. But it also reminds us to be grateful for what we have and that our actions have consequences. The characters are familiar and the story embraces everyone regardless of age and situation but it also brings everyone together. Unfortunately in these times of austerity, the story is still very relevant so hopefully, it’s a reminder of how to live well in the society you’re part of.”

Using puppets adds an extra “otherworldly, sometimes unsettling feel” to the ghost story, adds director and puppetry master, Lawrence Neale. “Our ghosts are all created using puppetry which brings some real magic to the event, plus we’re not going to any theatres and playing non-traditional spaces, which ooze atmosphere. Our approach to theatre is intrinsically immersive and we’ve been spending a lot of R&D time developing the world our three spirits and our ensemble of ‘sprites’ inhabit. From the ‘Duty Manager’ sprite who’s hell-bent on doing everything to the letter, to our mischievous ‘Time Sprite’, their unique personalities and the way they interact with Scrooge, the spirits and the audience help to build a universe around the classic text that didn’t exist before. It’s a really lovely experience to curl up under a blanket with a hot chocolate and watch the story come to life right in front of you in a castle or beautiful wood-lined chambers.”

Other places to find A Christmas Carol this festive season

Paterson Joseph stars as Scrooge in A Christmas Carol at the Old Vic in London in the third outing for the version written by Jack Thorne. Running 23 November to 18 January.

Neil Duffield’s adaptation of A Christmas Carol returns to Derby Theatre, with an eight-strong cast led by Gareth Williams as Scrooge. Running 29 November to 4 January 2019.

After its successful run last year, Tom Morris’ version of A Christmas Carol is back at Bristol Old Vic theatre, with John Hopkins as Scrooge. Running 28 November to 12 January.

Theatre by the Lake in Keswick presents a high-spirited production of A Christmas Carol, adapted by Patrick Barlow who created the theatre’s hit version of The 39 Steps. Darren Lawrence plays Scrooge. Running 22 November to 11 January.

Crawford Logan plays Scrooge in Tony Cownie’s new Scottish version of A Christmas Carol at The Lyceum in Edinburgh. It transfers the story to Edinburgh, inspired by Dickens finding the name Ebenezer Scroggie on a grave while visiting the city. Running 28 November to 4 January.

Isobel McArthur has written a new adaptation for Pitlochry Festival Theatre in Perth and Kinross, with Colin McCredie as Scrooge. Running 21 November to 23 December.

Theatr Clywd in Mold presents A Christmas Carol in an adaptation by Alan Harris, with a cast led by Steven Elliott as Scrooge. It is described as an immersive family show with “a living, breathing Victorian street with residents to meet”. Running 13 December to 5 January.

Antic Disposition’s adaptation of A Christmas Carol is back, with a score and original lyrics inspired by traditional Victorian carols, featuring David Burt as Scrooge. Running at London’s historic Middle Temple Hall from 21 to 30 December.

Jud Charlton performs Charles Dickens’s A (One Man) Christmas Carol in an adaptation he has written with Paulo Serra. Running at The Hen & Chickens Theatre in London from 11 to 21 December.

American actor Neil McGarry brings his award-winning solo performance of A Christmas Carol to London’s Tea House Theatre from 5 to 7 December and The Mission Theatre in Bath from 8 to 10 December.

Chapterhouse Theatre continues its festive tradition of touring A Christmas Carol to theatres, castles, and cathedrals across the UK, with an adaptation by Laura Turner. This year’s tour is from 16 November to 23 December.

After shows such as Sh!t-faced Shakespeare, the Magnificent Bastard team take on A Christmas Carol in Sh!t-Faced Showtime: A Pissedmas Carol. As usual, one cast member becomes increasingly inebriated, making this an all-singing, all-drinking alternative Christmas knees-up. Running at Leicester Square Theatre in London from 20 November to 5 January.

For the ninth year, Hartshorn – Hook Productions has brought back an immersive version of A Christmas Carol, with feasting from Flavourology, the specialist in dining experiences. Created by writer Alexander Wright and director Tom Bellerby, it stars Alexander Barclay as Scrooge. Running at “Scrooge’s Parlour” at 56 Davies Street in London from 27 November to 5 January.

At Hope Mill Theatre in Manchester, Dickens’s story has inspired The Astonishing Times of Timothy Cratchit, a musical that continues the story of Bob Cratchit’s son, Tiny Tim. With music and lyrics by Andre Catrini, it has been written by Allan Knee, with Ryan Kopel as Tim and Paul Greenwood as Scrooge. Running 22 November to 29 December.