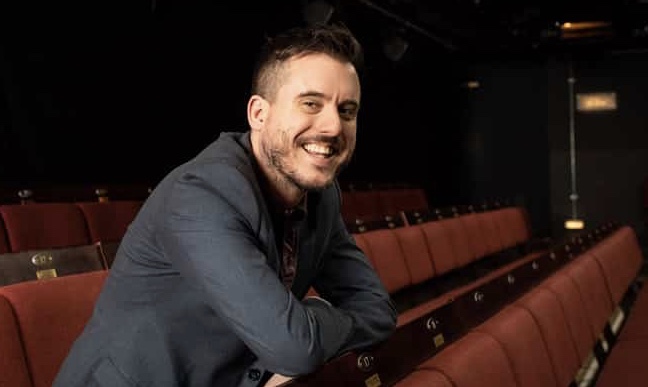 It features the full-length premiere of [BLANK] by Alice Birch, the UK premieres of Branden Jacobs-Jenkins’s Appropriate and Mike Lew’s Teenage Dick, and revivals of David Greig’s Europe and Caryl Churchill’s Far Away.

The 2019/20 season, under the banner of “Important stories, thrillingly told”, is the first put together under Longhurst who officially took over as artistic director only three weeks ago from Josie Rourke. It is also the first announced since Henny Finch joined as executive producer in January.

“They are, I wholeheartedly believe, truly astonishing plays that interrogate the world today,” Longhurst said. “We need theatre that pushes and celebrates creativity and asks searing questions about the world we live in.

“I want the Donmar to look outwards, forwards, to share its privilege to become an indispensable hub of creativity and talent development to our industry.

“For me, important stories are stories that challenge the status quo, that shed light on the facets of our humanity and open up access to others’ lived experience.”

After the current season ends with Sweet Charity, the first show will be the revival of Greig’s Europe, which dates back to 2000 but, according to Longhurst, still resonates with today’s debate over the UK’s place within Europe.

It tells a story of love and violence in a border town somewhere in Europe – but resembling Scotland – and its response to the arrival of refugees.

It will be followed by the first UK production of Appropriate, the 2014 play by the writer of recent London hits including An Octoroon and Gloria.

Jacobs-Jenkins subverts the rich tradition of American family drama, exposing the legacy of the USA’s history of slavery. Running from 16 August to 5 October, it will be directed by Ola Ince with a cast including Monica Dolan. The creative team will also include designer Fly Davis, lighting designer Anna Watson and sound designer Donato Wharton.

Next up will be [BLANK], the latest play from the writer of acclaimed plays Anatomy of a Suicide and Revolt. She Said. Revolt Again. Running from 11 October to 30 November 2019, Birch’s new piece takes a kaleidoscopic view of what happens when a woman goes to prison.

It is a co-production with Clean Break, the theatre company that works with women affected by the criminal justice system. It will feature a 15-strong all-female cast and an all-female creative team including director Maria Aberg and designer Rosie Elnile. Shorter versions of [BLANK] were presented as part of the National Theatre’s Connections festival last year.

For the Christmas holidays, Longhurst has programmed the UK premiere of US Teenage Dick, which transposes Shakespeare’s Richard III to an American high school prom. It had its world premiere at the Public in New York City last summer.

Written by Mike Lew, it charts the rise to power of Richard, the class loser who lusts for power after years of torment due to his hemiplegia. With a cast including Daniel Monks in the title role, it will run from 6 December to 1 February 2020, with Longhurst as director.

The fifth show announced for the new season will be Far Away, directed by Lyndsey Turner.  In this modern classic first staged in 2000, Churchill creates a vision of a world sliding into chaos where everything in nature is at war. It will run from 6 February to 21 March 2020.

This will bring together writers including Zainab Hasan, Sabrina Mahfouz, Natasha Simone, Monsay Whitney and Alexandra Wood for a series of monologues created with schools and community groups to explore what these rights mean to them.

The monologues will be released as films alongside performances in public spaces cross London during Fly The Flag Week from 24 to 30 June 2019.

To help improve access to tickets at the 251-seat theatre, Longhurst has also today announced Donmar Daily Release which will see at least 40 additional tickets released for sale every morning for the performance seven days later.

With his background in new writing, he also signalled his hope for the Donmar to have its own resident writers “very soon”.

Other news announced today includes the appointment of a new artistic associate, Roy Alexander Weise, who has directed acclaimed shows including Nine Night, The Mountaintop and The Trick.

Further casting for the five productions, under new casting director Anna Cooper, is still be announced.

Originally published on 2 April 2019 on BritishTheatre.com.