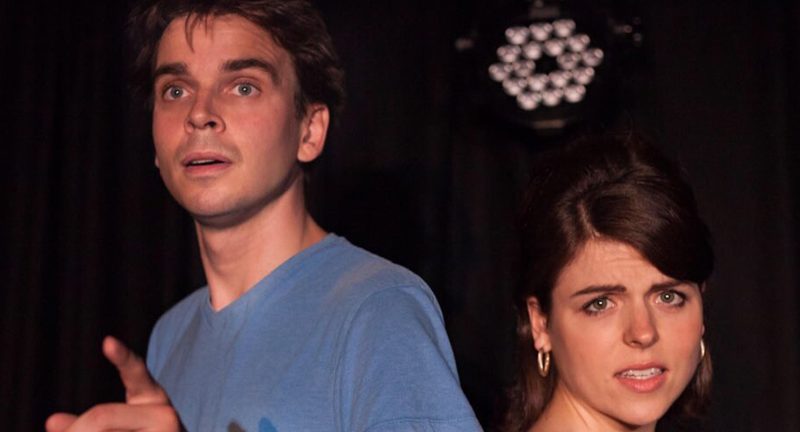 When I hear the name Timmy, I’m transported back to children’s television and memories of The Famous Five and a man with a giant pink mallet. In Roxy Dunn’s entertaining new play, the eponymous Tim has never really left childhood – a 35-year-old man who clings on to his commitment-free youth despite being in love with 25-year-old Judith. We meet the pair as she is ready to have the conversation with him about where they are going after nine months of dating and, through a series of dialogues, we follow the course of their uneasy relationship.

Dunn has crafted a clever two-hander that is not just very funny but a beautifully observed examination of the title character. Tim can’t even buy a toaster because he is unable to choose from the 53 different types available so it is no surprise he is overwhelmed by the prospect of officially committing to a relationship that might curb his “feeling of possibility”. Despite the laughs, the play leaves us with a touching sense of Tim as someone who is a bit broken, at risk of missing out because of an innate fear of change.

Playing Judith, Dunn is excellent in her calmly baffled attempts to understand the man she has fallen for. Tim is played brilliantly by comedian Joz Norris, a fidgety mix of boyish joyfulness and genuine puzzlement at why he is so scared of the future. They form a delightful double act, feeding off each other with perfect comic precision, making this an hilarious, bittersweet look at modern relationships.