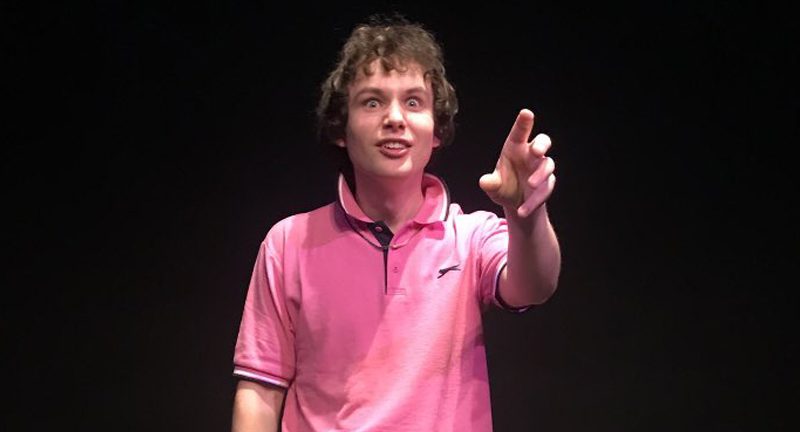 Don McCamphill puts life on a council estate in Northern Ireland under the microscope in his compelling new drama Vivarium. It focuses on bright but lonely 13-year-old Euan, who is being brought up by his mum and grandad while his dad is in prison. He seems full of potential as he tells us about his adventures at school, including a life sciences classroom project to grow flowers, but the story takes an ominous turn when he connects with a man on Facebook who turns out to be his father, Paul, newly released and looking to re-start his life.

As the pair secretly re-acquaint themselves with each other after eight years, we see it from both perspectives, with one young actor, John Travers, impressively playing both roles, switching between monologues. As Euan, he is a bundle of fidgety energy, hopeful and naive, but in an almost magical transformation, Travers becomes the older, tougher Paul, well meaning but filled with indignant rage and ultimately bewildered at the troubled boy he is responsible for.

Directing his own play, McCamphill depicts lives wasted by a cycle of violence, a world where it seems “everyone is a gangster”. Travers’ performance as Euan is particularly heartbreaking in his desperate need for a dad “to do da things” with. Like the mixed variety of bulbs that the children plant in their vivarium project, we can never know how anyone will turn out until they are fully grown but, in the environment that McCamphill portrays, the conditions for a child to bloom are certainly challenging. The play’s dark tone is broken by humour but it is an intense experience, worth seeing for Travers’ powerful performance.