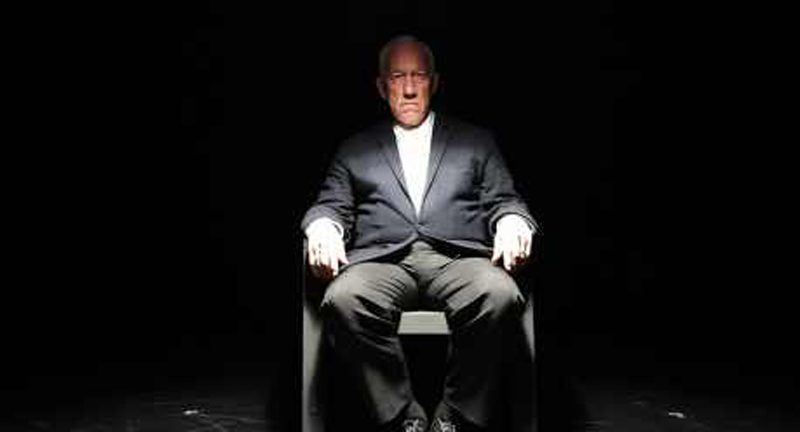 Anyone who has experience of a toxic relationship will recognise the mix of bitterness, pain and love contained in Oscar Wilde’s De Profundis. It was composed over three months while the writer was enduring hard labour in Reading gaol, ostensibly written as a long letter to his lover Lord Alfred Douglas as all other forms of writing were banned. Displaying his mastery of language, it replaces the comic lines that made him famous with the howl of a man broken by heartache and despair.

The full power of the text is beautifully brought to life by Simon Callow in a simply staged one-man show, adapted by Frank McGuinness. Sat in a chair under a lamp as if in his dark cell, he gives a masterful performance that veers from bitterness and anger to pleading and self-reproach, all the while demonstrating how Wilde continued to be desperately in love with “Bosie” despite suffering the destruction of his lifestyle and reputation after the notorious court action and conviction in 1895.

Wilde picks over the details of the ill-fated relationship, railing against Bosie’s neglect and thoughtlessness and accusing his lover of distracting from his work – sometimes to the point of eliciting laughter at his apparent lack of self-awareness. But despite Wilde’s self-delusion and pettiness, Callow’s performance ensures we never lose sympathy for this broken man who knew he would never again enjoy the huge public adulation he once enjoyed in his playwriting career. It becomes deeply moving when he regrets being separated from his children and the comfort of his true, loyal friends.

Directed by Mark Rosenblatt, Callow achieves a directness and intimacy with the audience despite the size of the Assembly Rooms’ grand 350-seater Music Hall. He leaves you with a real sense of the tragedy of a still-maturing writer whose career was cut short by imprisonment when aged only 39 and death just six years later. Although we know that remarkably Wilde continued to try to make his relationship with Bosie work after his release, Callow leaves us with the vision of man who is not only struggling to come to terms with a turbulent relationship but the loss of everything he ever valued.