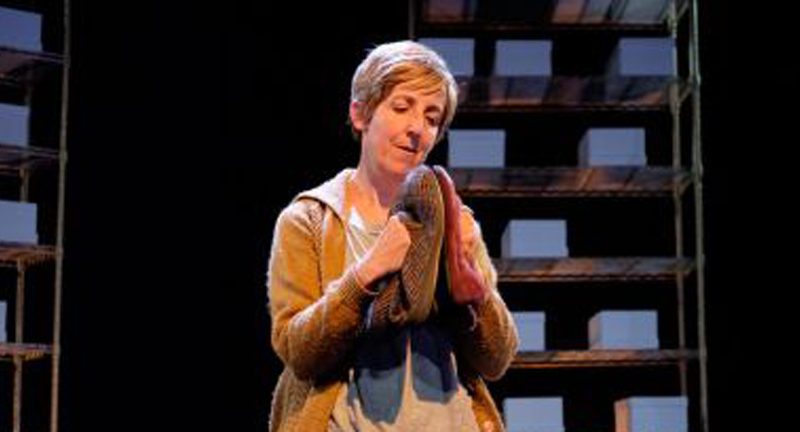 Ian Kershaw’s new play may not be the greatest ever in the history of the world but it may well have the biggest heart. In a masterful piece of storytelling, Julie Hesmondhalgh presents a modern tale that mixes romance with science fiction, set on an average northern street called Preston Road.

It tells of a lonely, directionless 31-year-old, Tom, who wakes up at 4.40 one morning to find the world is frozen in time and in darkness apart from glimmers of light from the houses opposite. As the narrative builds, we meet the only other people who are up and about: an equally lonely 26-year-old woman and an elderly couple. Putting this all in context is an account of the two Voyager spececraft, hurtling away from Earth at 35,000 miles per hour for the past 42 years containing information and images encompassing humanity and the planet on a “Golden Record”. Reaching out to extra-terrestrials, these are not just messages of greeting and connection but messages of the fullness and joy of life.

The play’s only props are shoes which Hesmondhalgh pulls out of their boxes – and off the feet of members of the audience – to lay on the stage to represent the different characters. Her warmth and engaging style are essential to the show, starting as soon as we enter where she greets people and chats to them as they take their seats.

With design by Naomi Kuyck-Cohen, she tells the story standing on a blanket of stars – a deep blue surface that shimmers with glittering dots – and we are regularly reminded that we live and love in the immensity of space and time. But there is not a second of bleakness in this thought – love and connection are our weapon against the void, just as Voyager One is drifting through the “unfathomable loneliness of eternity” in the hope that someone might pick it up.

As the story reached its thrilling conclusion, there were audible sighs of happiness from the audience as the truth became clear. Directed by Raz Shaw, this is a delightful piece of storytelling that would melt even the most jaded heart.