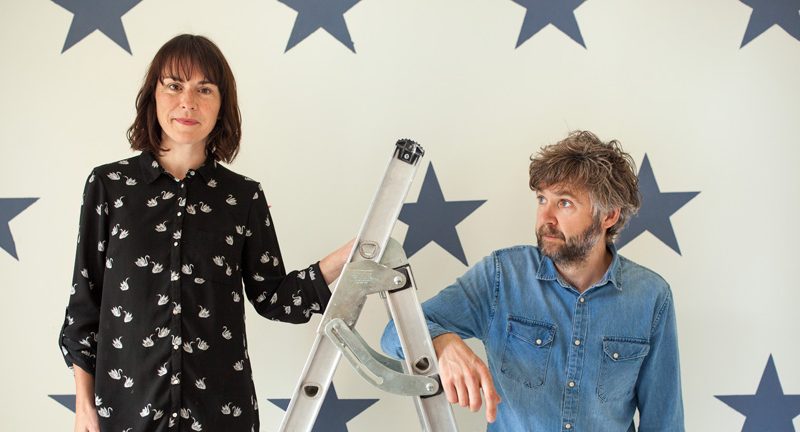 Would you rather be married to a man who is funny but thoughtless or one who is kind but boring? This is one of the questions that 38-year-old Claire ponders after finding herself with her little finger trapped, stuck up a stepladder, in Helen Rutter’s touching, entertaining play, The Ladder. While her husband Ian is funny and a bit thoughtless, the mini domestic crisis reveals the complexities of their relationship and the deep bond that a long-married couple can have despite bickering and criticism.

Claire howls in pain but it’s not just her finger that is troubling her. She finds herself examining not only her marriage but how she came to give up her career to become a mum of two as well as confronting the grief she still feels over the loss of her own mother. But any sadness fits seamlessly in with the overall comic tone, with sharply observed humour and smart insights into parenthood and what makes relationships tick.

Rutter takes centre stage as Claire throughout, stranded up the ladder in her Minnie Mouse pyjamas and fur-trimmed tartan slippers, giving a well-pitched performance that shifts from meditative and wistful to rage and near-hysterics. Her chemistry with Rob Rouse as Ian is no doubt helped by the pair being wife and husband in real life, with his experience as a stand-up ensuring fine comic timing and a strong rapport with the audience. He is hilarious in his hopeless but well-meaning attempts to help Claire, including an unforgettable scene involving Tupperware. While Ian may repeatedly forget anniversaries and avoid helping out around the house, it becomes clear that, in other ways that matter, he is not that thoughtless after all.