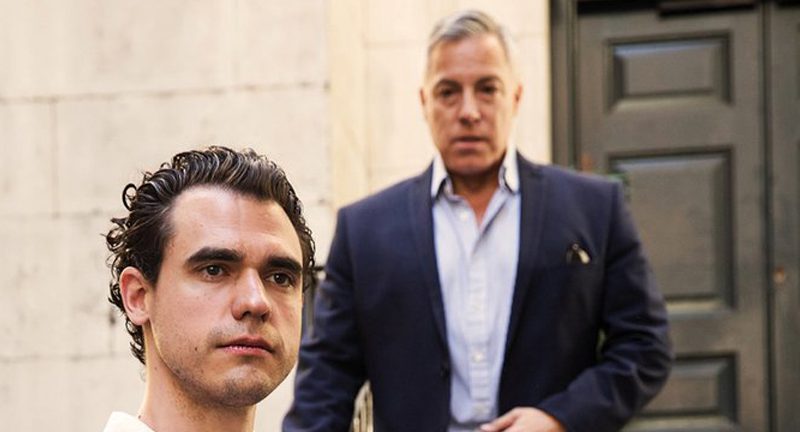 All is not as it initially seems in Mart Crowley’s play For Reasons That Remain Unclear which is having its European premiere at the King’s Head. A handsome, stylish young man, Patrick, brings an attractive older man, Conrad, back to his luxurious hotel room in the heart of Rome. There is sexual tension in the air, fuelled by subtle flirtation, but their reasons for being there together are clearly more than just a casual pick-up – signalled most portentously by Conrad being a Roman Catholic priest in his full cassock and collar.

Over the space of an hour and a half within the claustrophobic confines of Patrick’s hotel room, the two learn about each other and a past that connects them. It is hard to write more without giving away the secrets that burst out towards the end but this is a play which – despite dating back to 1993 – explores timely themes around power and authority and the devastating impact of the past on the present. The characters mask their pain under Crowley’s sharp and often witty dialogue and, while this defuses some of the drama’s emotional power, the play is still unsettling in its revelations and how the characters deal with them.

With enthralling intensity, it is cleverly directed by Jessica Lazar who won acclaim for the revival of Steven Berkoff’s East at the King’s Head earlier this year. She keeps up the tension which becomes almost unbearable as we long to find out what is really going on between the two men. With urbane charm, Simon Haines’s Patrick has a smooth but tough veneer that hints at deeply buried trauma while Cory Peterson has a twinkle-eyed charisma that is perfect for the Catholic priest running away from his own demons. With Daniele Alan-Carter adding extra sexual tension as a flirtatiously knowing waiter, the pair keep us mesmerised by their power play despite the frustratingly long build-up to the explosive conclusion. Under Lazar’s skilful direction, it avoids the risk of slipping into full-blown melodrama and, despite lingering ambiguities, offers a glimmer of hope despite the shocking horrors that have been uncovered.