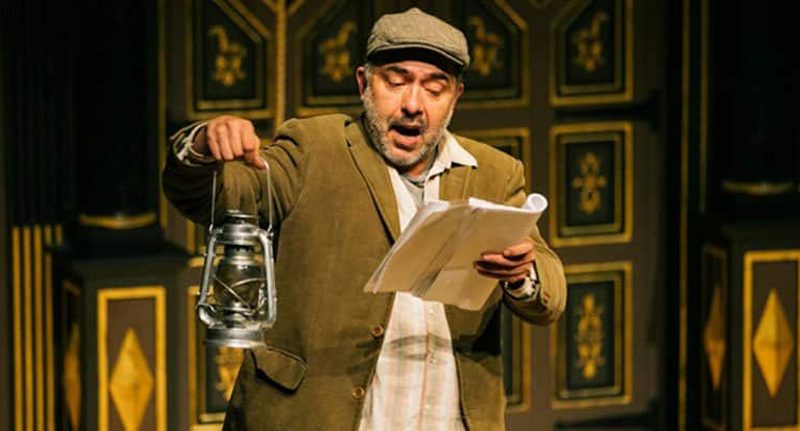 Mark Ludmon finds out how researchers, actors and directors are bringing back little-known Elizabethan plays

On a winter’s day in London in 1582, the court of Elizabeth I celebrated Christmas and New Year with a play packed full of bickering gods, magic spells and romantic intrigue. No records remain of further performances of The Rare Triumphs of Love and Fortune for another 435 years until it was revived in a staged reading at Shakespeare’s Globe this year. Despite its framing device of a debate between Venus, representing love, and a personification of fortune, the cast and director John Hopkins reveal this play, by an anonymous author, to be surprisingly entertaining and lively with plenty of opportunities for comedy.

It was one of four one-off performances as part of the latest Read Not Dead season running at the Globe’s Sam Wanamaker Playhouse, co-ordinated by James Wallace from The Dolphin’s Back and devised in collaboration with the Before Shakespeare project. This research project focuses on the early history of theatre in the 16th century before the Bard first burst onto the stage in the 1590s. It is about exploring not just the dramas themselves but the playhouses, players and playgoers, explains its research fellow Dr Callan Davies from the University of Roehampton. “We are asking how and why did commercial playhouses come to be built during the era of Elizabeth I. Through archival research, we are revisiting material related to those playing places that were the forerunners to The Globe.”

They are focused on a remarkable decade from 1574 to 1584 when London saw five playhouses appear, starting to move playgoing away from inns and courtyards, which later led to The Globe in 1599. Archaeological digs on the site of the new office, leisure and residential development, The Stage, in Shoreditch is also providing new insights, revealing more about the history of The Curtain theatre that stood on the site from 1577 to 1625.

But texts and other documents go only so far, and they are learning more about performance of the plays from this summer’s Read Not Dead season. The Globe is working with The Dolphin’s Back which specialises in rescuing forgotten plays and playwrights and bringing them back into contemporary performance – it is also staging John Lyly’s 1590 play The Woman in the Moon, “an astrological sex comedy”, at the Sam Wanamaker Playhouse on August 18 and 19.

The Rare Triumphs is only the second surviving play from Elizabethan commercial theatre after Robert Wilson’s The Three Ladies of London in 1581. For the second Before Shakespeare staged reading at the Globe this summer, they selected what is believed to be the fourth surviving play from the London playhouses, Fedele and Fortunio by Anthony Munday, a comedy full of complex plots and counterplots and some cross-dressing – familiar to any fan of Shakespeare – as well as partial nudity and games with urine which are somewhat less conventional.

Third up was Mucedorus, a 1590s comedy that has the distinction of being perhaps the single most popular play ever performed on the London stage, repeatedly revised and published until the late 17th century. The author remains unknown – it was at one time wrongly attributed to Shakespeare – even though its combination of romance and slapstick comedy made it so popular.

The last play in the Before Shakespeare season will be John Lyly’s Sapho and Phao, thought to have been first performed at court in 1584 and subsequently at the first Blackfriars Theatre. The staged reading in the Sam Wanamaker Playhouse on Sunday August 27 will again feature a cast of professional actors, many drawn from current Globe productions, to tell the story of virgin queen Sapho and her love for a humble but beautiful ferry-boy, Phao. Like The Rare Triumphs, Venus and Vulcan take the stage as well as Cupid with his bow and arrow – a convention that draws on the intelligentsia’s fascination for pagan gods in the 16th century combined with the heritage of personifying moral concepts in medieval dramas.

However, with so many plays completely lost, there is still a lot to discover about the period. Academics will come together around the staging of Sapho and Phao for a week-long conference ath the University of Roehampton on early modern theatre from August 24 to 27. For something less intense, a public seminar is held before each Before Shakespeare performance in the Globe’s lecture theatre, illuminating the play about to be presented.

With the Read Not Dead season continuing into the autumn with later 17th-century plays, the Globe is helping us to understand the roots of modern theatre and bring them to life. “The Read Not Dead series offers especially unusual opportunities to play with old plays and make them new, precisely because they often have no performance history after the 17th century,” adds Dr Andy Kesson, principal investigator behind the Before Shakespeare project. “The great thing about Read Not Dead is that these old plays are now new: they represent lost traditions, lost stage possibilities, lost opportunities for actors and audiences.”