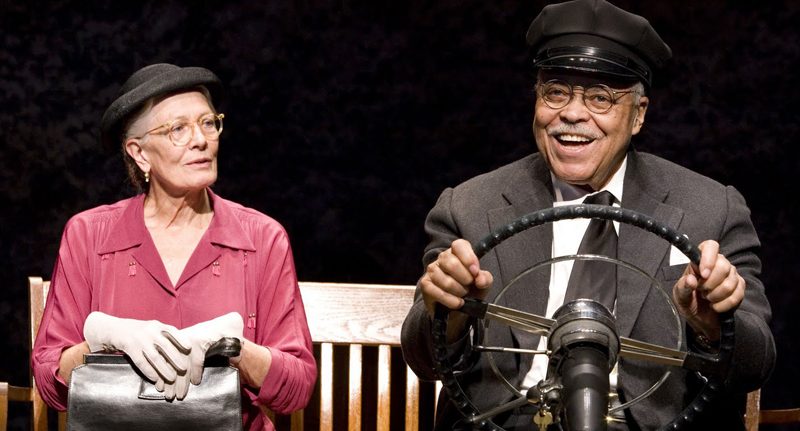 It is often forgotten that the award-winning 1989 film Driving Miss Daisy started life as a successful off-Broadway play by Alfred Uhry. It was revived on Broadway in 2010, gaining a Tony nomination for Vanessa Redgrave, and she and her co-stars James Earl Jones and Boyd Gaines transferred with the production to London’s West End. It is a beautifully constructed play, telling the story of ageing widow Daisy Werthan’s friendship with Hoke Coleburn in Georgia from 1948 to 1973. As well as being a study in character and the nuances of personal relationships, it is set against the backdrop of the civil rights movement.

The play provides great roles for the two leads who bring both subtlety and humour. Redgrave skilfully portrays Miss Daisy’s decline over the 25 years alongside her growing understanding of life for black people like Hoke in post-war Georgia. Jones is masterful as Hoke, combining dignity and a repressed anger at the humiliations brought about by racism. Gaines completes the trio of fine actors as Miss Daisy’s son Boolie.

Well directed by David Esbjornson, Driving Miss Daisy has a simple but effective set design by John Lee Beatty. There is a bare minimum of furniture, and the cars are represented by wooden chairs and a steering wheel on a stand. Projections, designed by Wendall K Harrington, transform the stage from scene to scene and provide images of events in the outside world. This may be a light play but it is an entertaining and touching piece that provides opportunities for the actors to shine.