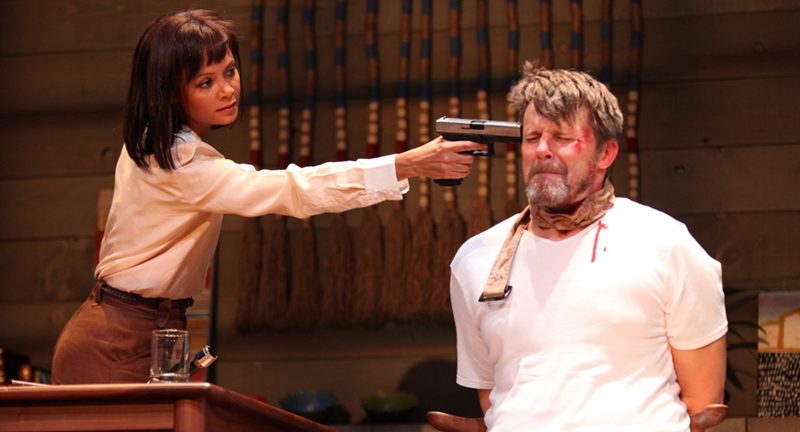 The issues tackled in Ariel Dorfman’s Death and the Maiden are as relevant today as they were when the play was first produced over 20 years ago. It is an unsettling exploration of the effects of torture on ordinary people and the vicious circle of violence that comes from it. It is set in an unnamed Latin American country that is being rebuilt after the fall of a military dictatorship. The lives of Paulina and her lawyer husband Gerardo are unexpectedly blown apart by the arrival of a stranger whom she believes to be the man who once tortured her. With the victim turned torturer, the play is kept taut with threats of violence and uncertainty about the truth.

Sadly, the production at London’s Harold Pinter Theatre is let down by a disappointing performance by film star Thandie Newton as Paulina, who tears into the role with passion but little subtlety or changes in tone. Fortunately, director Jeremy Herrin creates plenty of tension and excitement, with strong performances by Tom Goodman-Hill as Gerardo and Anthony Calf as the stranger, Roberto Miranda. Nearly all the action takes place in the claustrophobic setting of the couple’s beach house kitchen, designed by Peter McKintosh, adding to the sense of Paulina’s psychological imprisonment after the trauma of torture. This is a powerful thriller dealing with moral questions that continue to resonate.