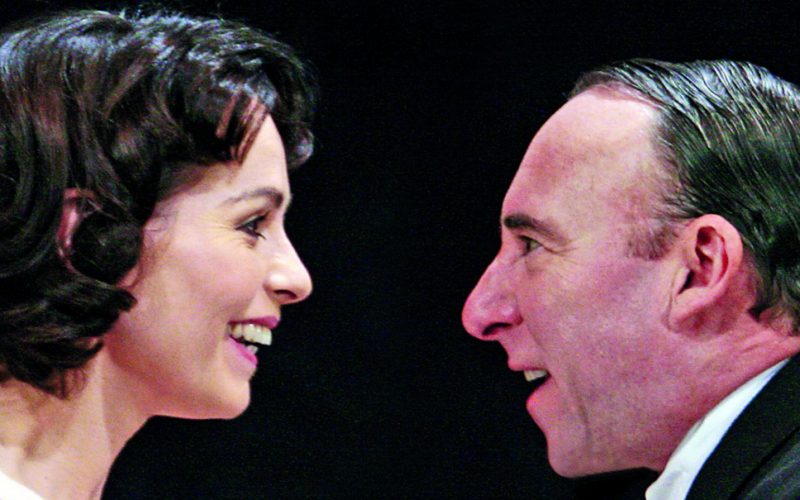 Broken Glass was one of Arthur Miller’s last plays, completed in 1994 when he was in his late 70s, but he went back to 1938 and Brooklyn to examine notions of identity at a time when the US was troubled by everyday anti-semitism. Phillip Gellburg is a man burdened by his sense of exclusion for being Jewish, insistent that his “Norwegian” surname should not be mistaken for Goldberg. This anxiety is thrown into sharp focus when his wife Sylvia mysteriously loses the use of her legs after hearing reports of Kristallnacht – or the “night of broken glass” – in Germany when Jewish homes and synagogues were destroyed. Dr Harry Hyman comes in to find a cause for Sylvia’s condition, leading to a friendship that threatens to go further.

Broken Glass provides a powerful portrait of Gellburg, a man dislocated within society and within his own marriage, superbly played by Antony Sher. Directed by Iqbal Khan, the play lacks pace at times but is pulled along by strong performances including Stanley Townsend as Dr Hyman and Caroline Loncq as his practical garrulous wife. The anguish of the characters is heart-wrenchingly echoed in the expressive cello music played by Laura Moody which separates all of the scenes.

There is also a stark expressionistic set, designed by Mike Britton, mostly dominated by the large bed where Sylvia, played by Tara Fitzgerald, languishes in her “hysterical paralysis”. This production, which transferred from London’s Tricycle Theatre, is an intelligent staging of a thought-provoking play that finds wider meaning in the suffering and endurance of ordinary people.