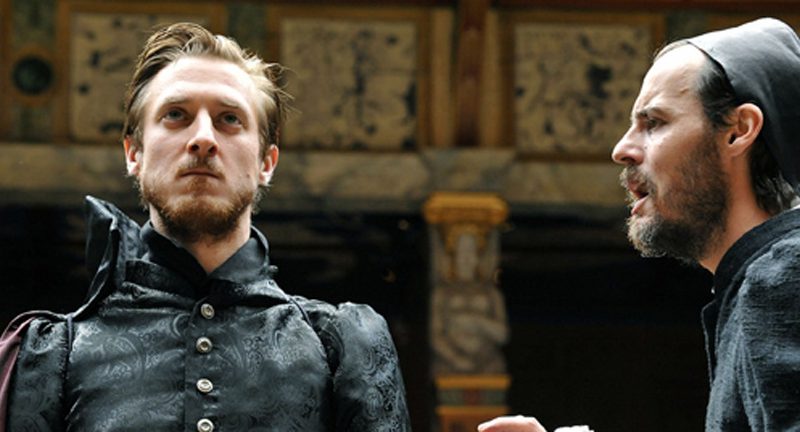 If you look at the central story, Christopher Marlowe’s Doctor Faustus is a tragedy of a man who sells his soul to the devil for riches and power and is then hurtled off to Hell. Despite this, much of the classic late-16th-century play is made up of comedy and masque, and this is brought out to the full in Matthew Dunster’s production at Shakespeare’s Globe.

It has a wonderful theatricality from prancing scholars in the opening scene to the depictions of devils, ghosts and angels. There are quieter moments when the excellent Paul Hilton as Faustus can agonise over his soul, but otherwise it is a production that is more about spectacle.

The play comes alive with the comic scenes, whether it is Faustus and Mephistopheles tormenting the pope or the lower-class characters arguing and being drawn into the devilry. Among these, Pearce Quigley brings much-needed humour as Robin with his shallow grasp of necromancy. Arthur Darvill is suave and playful as Mephistopheles but too genial to be a threatening figure of evil. It is in the moments of high comedy and spectacle when Doctor Faustus really shines, aided by Jules Maxwell’s music and, of course, Marlowe’s rich language.